I recently taped my segment of Knit Stars 3.0: North Stars Rising. Unlike other video workshops I’ve done, I got to tape this one in the comfort of my own home.

It took about six hours to tape what will be about 60 minutes of class. During the class, I instruct how to secure steek stitches with slipstitch crochet, cut the steek open, then finish the edges with a zipper or button band. It’s similar to a class I’ve taught for a couple of years.

I’ve found that many knitters are wary of cutting their knitting (and, honestly, who can blame them?) and are uncomfortable attaching a zipper to knitting. To minimize the knitting time, I teach the techniques on a cool little cup cozy. The cozy can be knitted in a couple of hours so students don’t feel as though they may sacrifice a whole lot of knitting time if the cutting goes wrong (it never does, by the way).

I knitted nine step-outs in preparation for the day of taping. I didn’t want to waste time knitting on set when I could easily grab a separate cozy for each technique.

We set up stage on my desk, which I covered with a linen tablecloth to provide a neutral background. Once the camera was set up, we used masking tape to mark off the edges of the field of view. The tape helped me stay focused in the center. 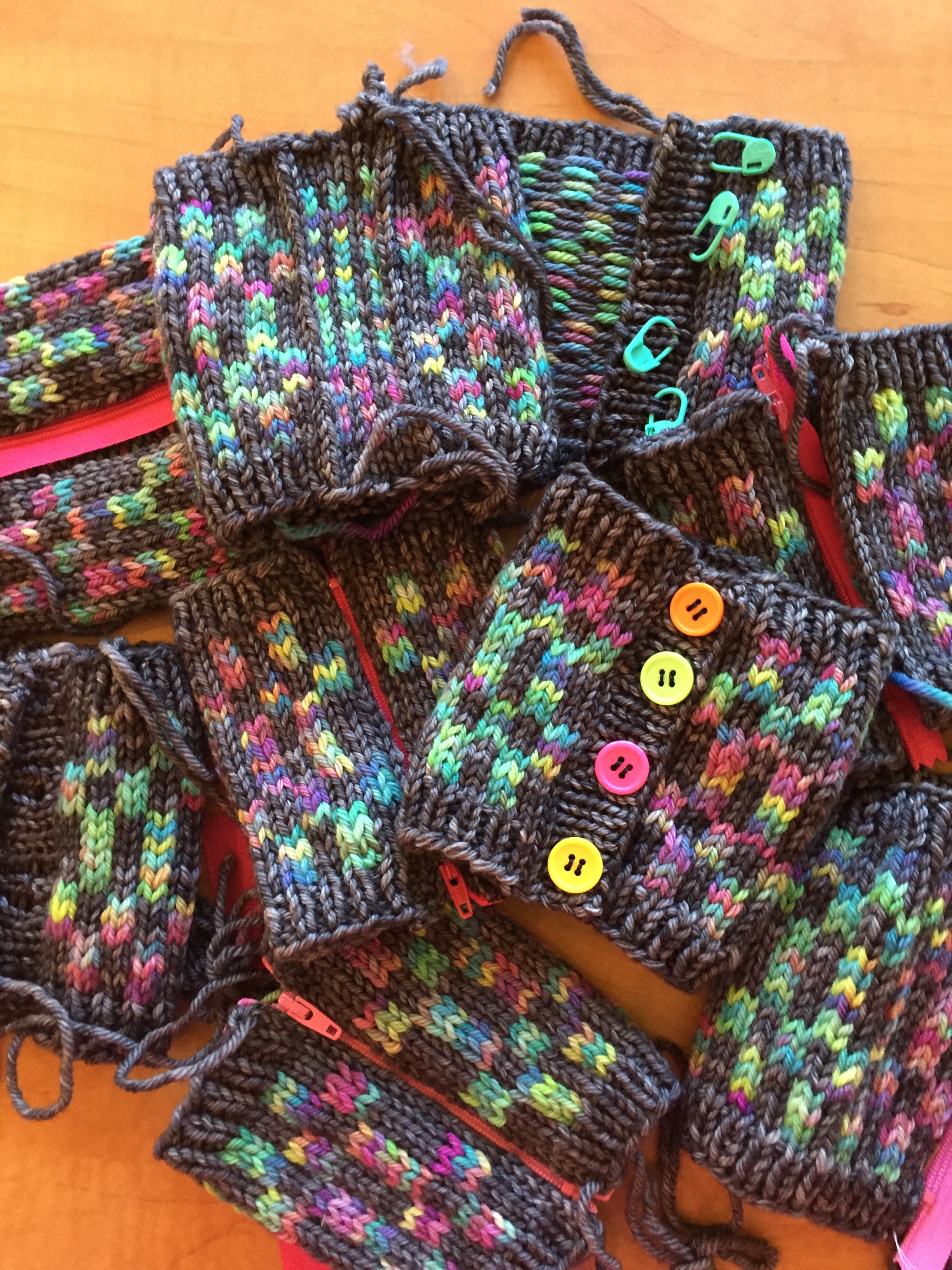 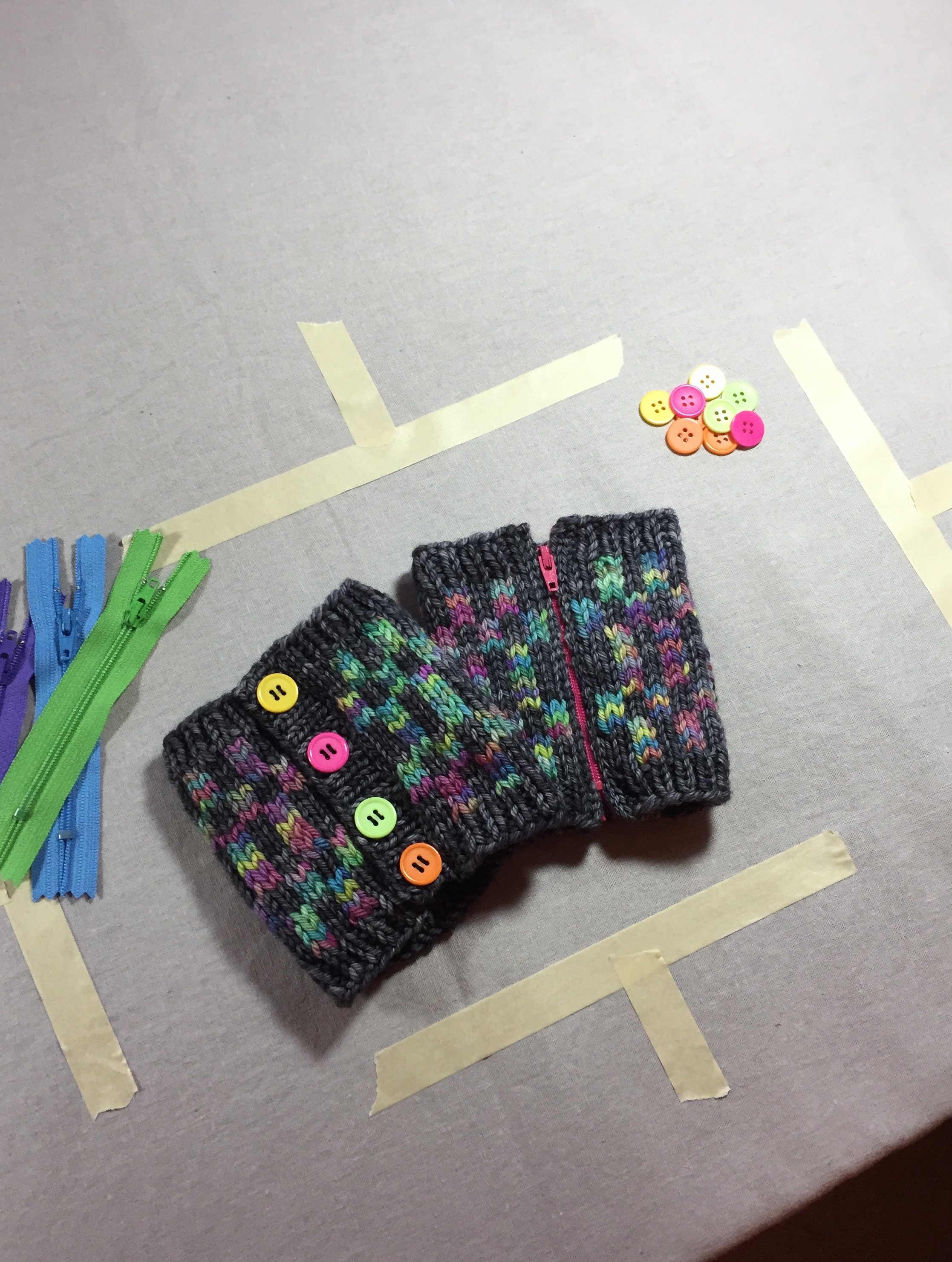 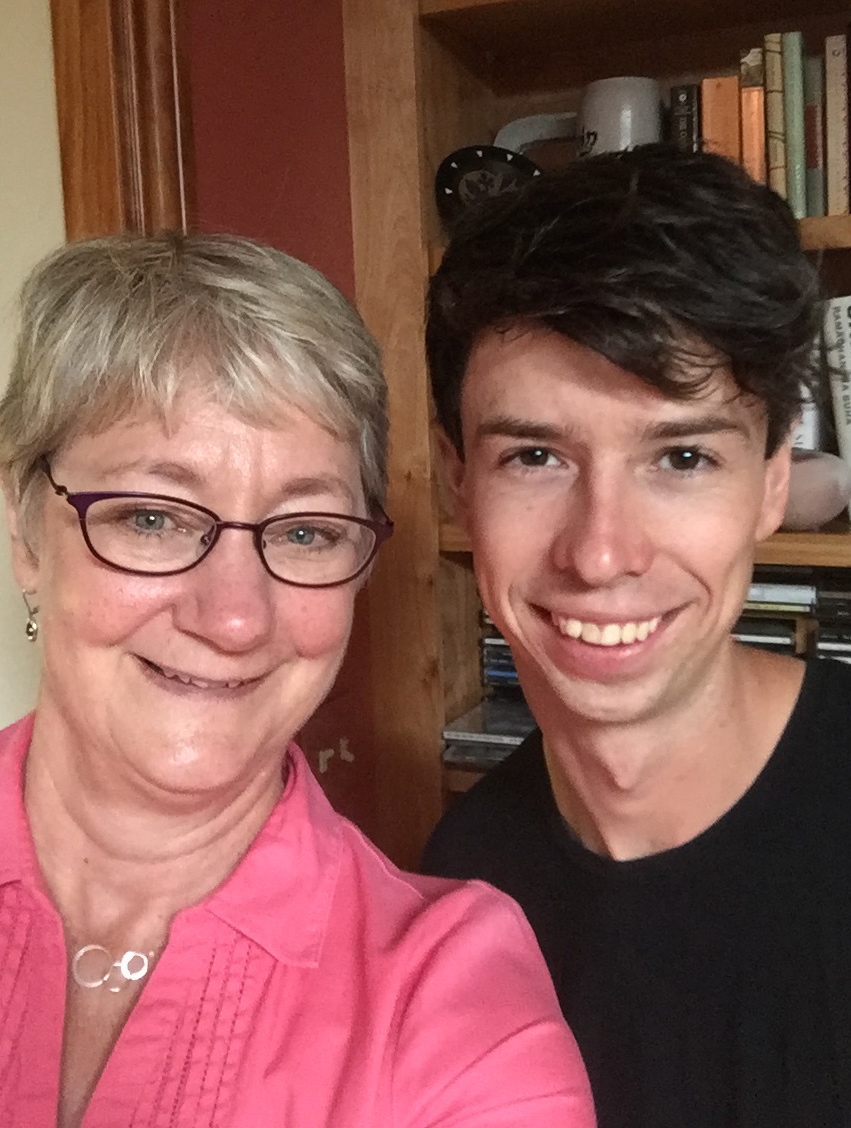 After the last segment was tapped, I’m not sure who was more delighted — me because I got through it all or my videographer, Daniel who had time to join his girlfriend at a local brewery! Suffice it to say that we were both happy.

Now Daniel’s real work begins — he has to put together a cohesive class from all the starts and stops of the taping, and cut out all my blunders!

Freebie videos will become available October 16, 19, and 23, followed by a live Q&A with the makers of Knit Stars on October 24.

Enrollment for Knit Stars 1.0, 2.0, and 3.0 (including yours truly in 3.0) will be open for one week between October 25 and November 1. After that, the classes will be unavailable for an indefinite amount of time. Mark your calendars for the dates if you’d like to join in (and I hope you do!).

Live Q&A with the teachers will take place December 15 and December 16.