My middle son (Twin One) has left on the adventure of a lifetime. Along with his most excellent girlfriend, he’s in the process of hiking the 3,000 km length of New Zealand. They started at the northern tip of the North Island and will end at the southern tip of the South Island. They expect the excursion to take five months.

Now, I have enough trouble packing for two weeks and I can’t imagine fitting everything that will be needed for five months in a single frame pack. The kids were undaunted. Below are photos of the clothes, etc. they laid out the night before they left. In terms of clothing, they each have one pair of shorts, one pair of long pants, three shirts, three pairs of socks, a jacket, and rain gear. I can certainly learn something about packing light from them! 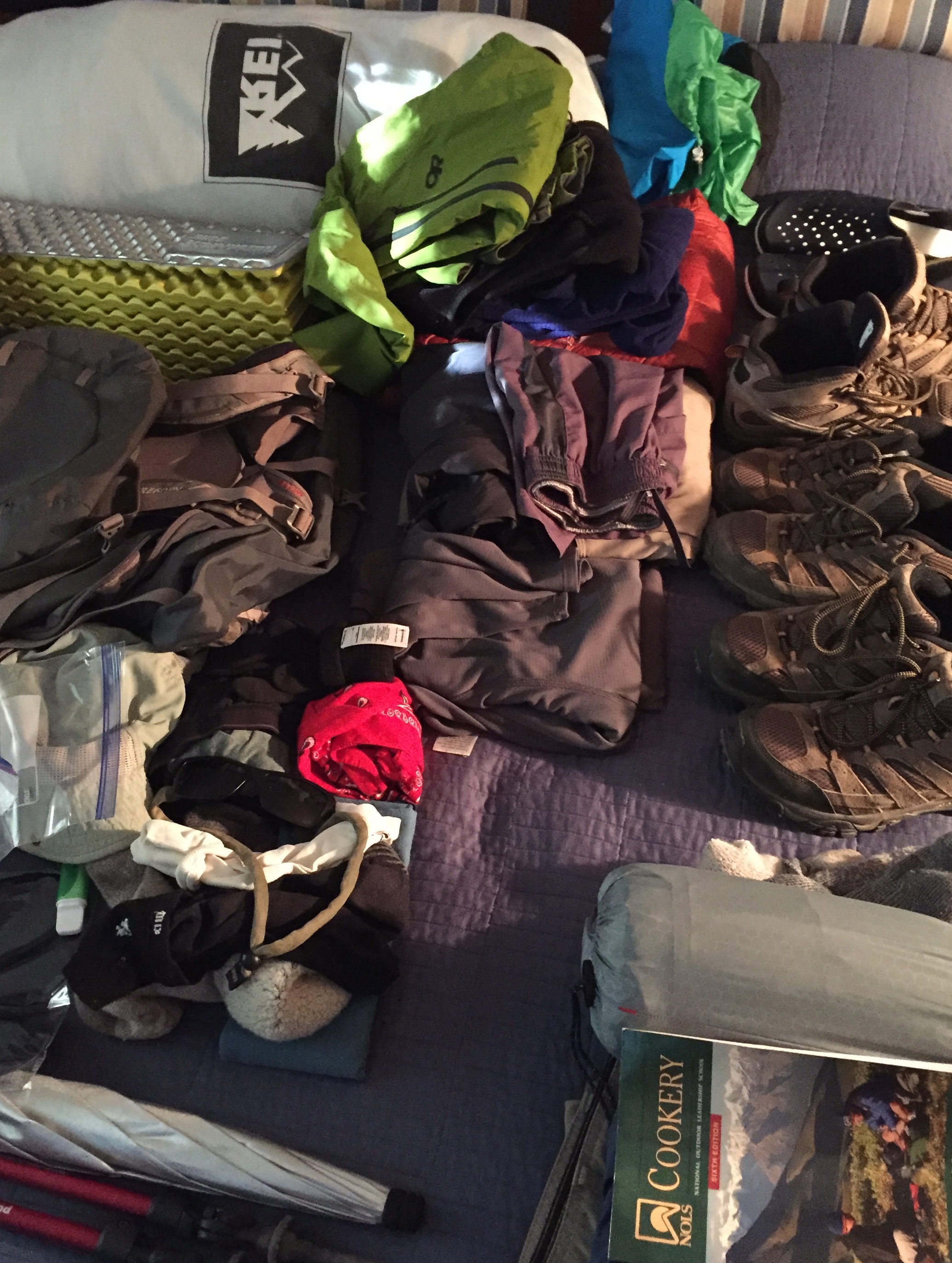 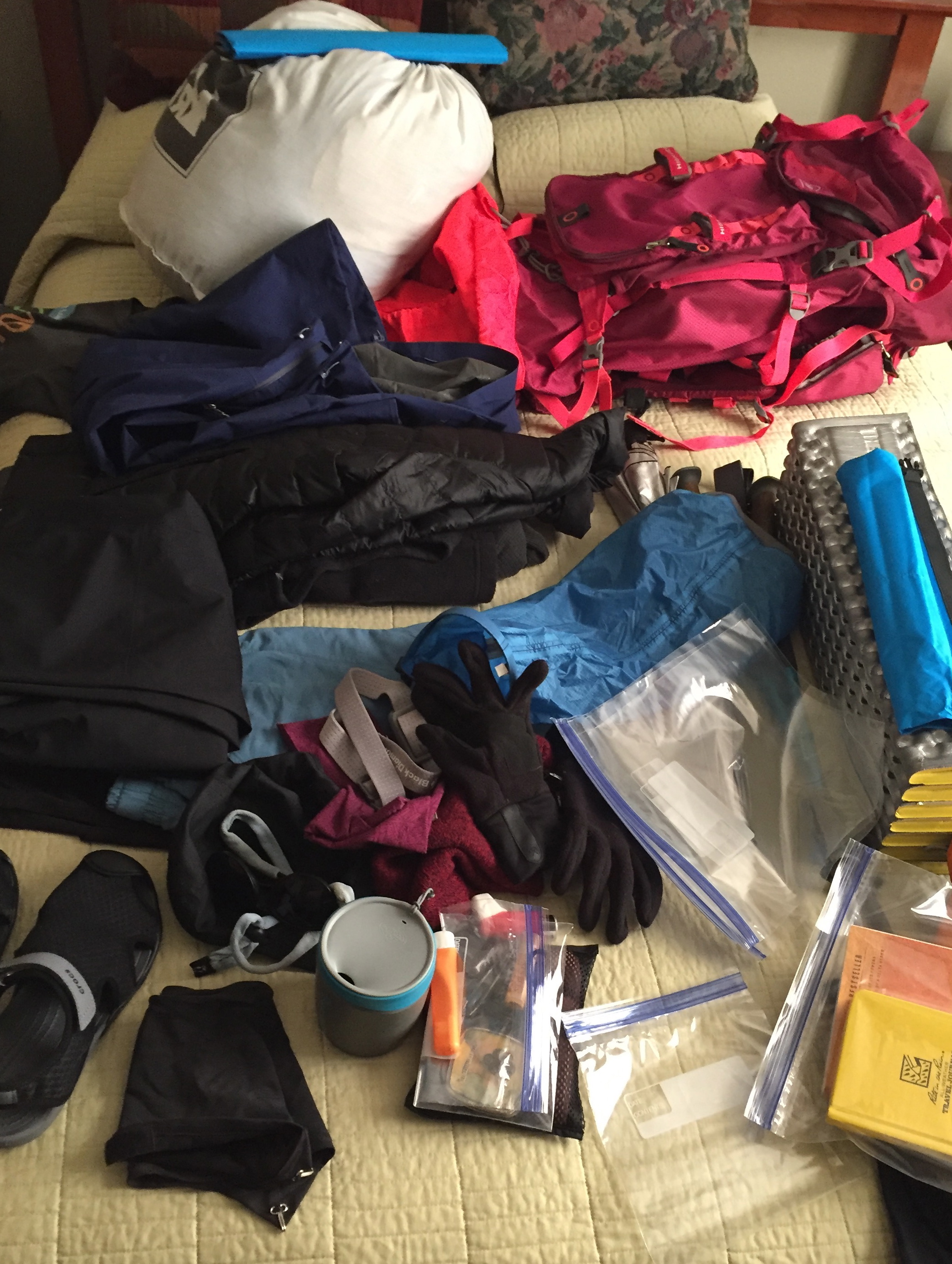 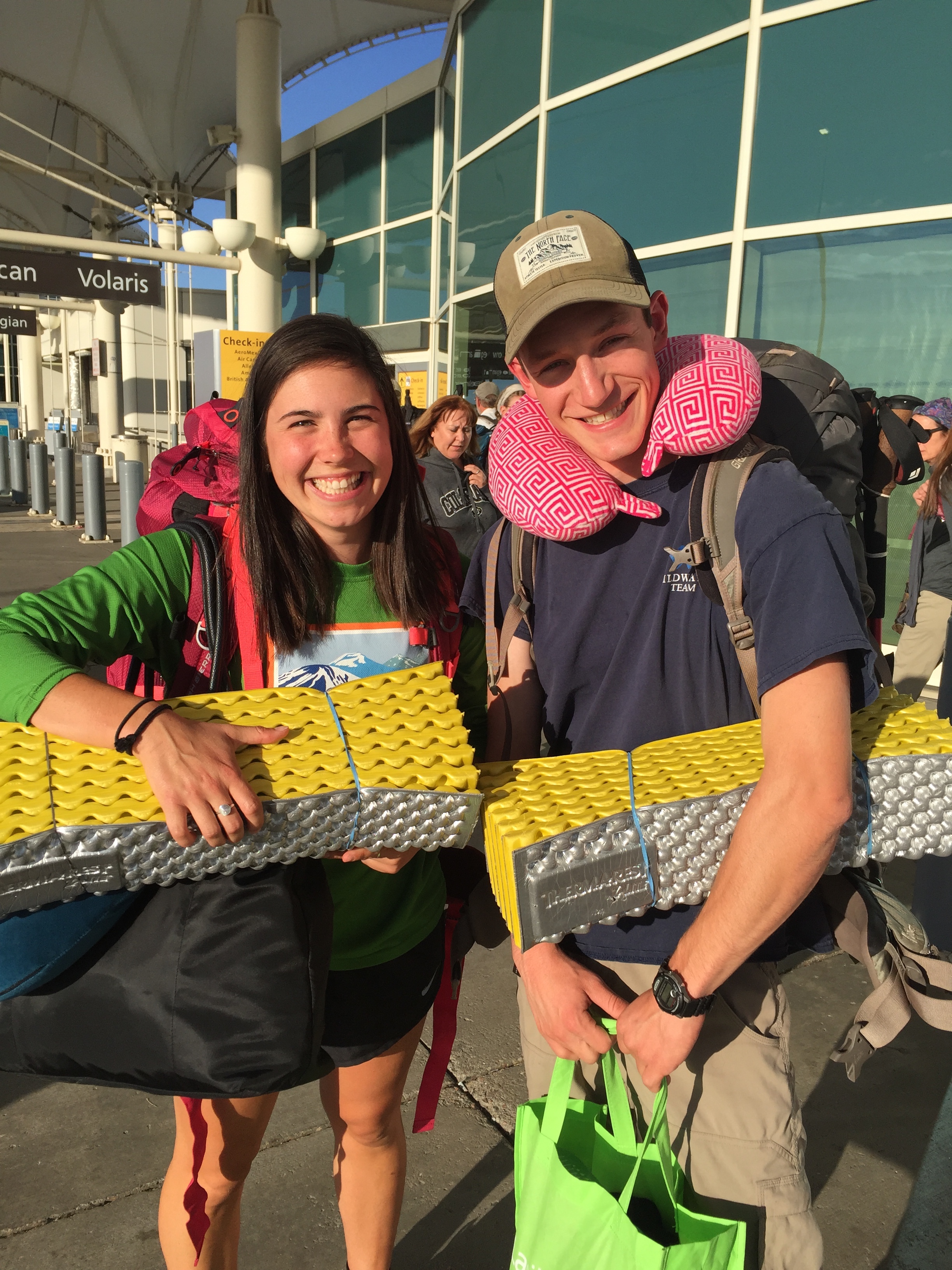 They’re each taking three pairs of hiking shoes, but they’ll send two pairs ahead of them to post offices in towns that they’ll pass along the way. Without food (which they’ll pick up along the way), their packs weighed about 28 pounds each. Once they add food, they’ll be carrying close to 40 pounds each. Good grief, I have trouble limiting myself to a 50-pound suitcase when I travel and stay in a hotel and eat in restaurants!

Just look at those huge smiles as they said goodbye to us at the airport. Oh, to be young!

My husband and I are going to meet up with them at the northern tip of the South Island in December. I think they’ll welcome a chance to sleep in clean sheets, shower, and have a few meals at a restaurant. I’ll welcome the chance to see that they’re safe!

1 thought on “A Big Bon Voyage”