As I knit my way through Nicola Susen’s Square Sock pattern from New Directions in Sock Knitting, I’m struck with her ability to create a sock shape out of simple squares. 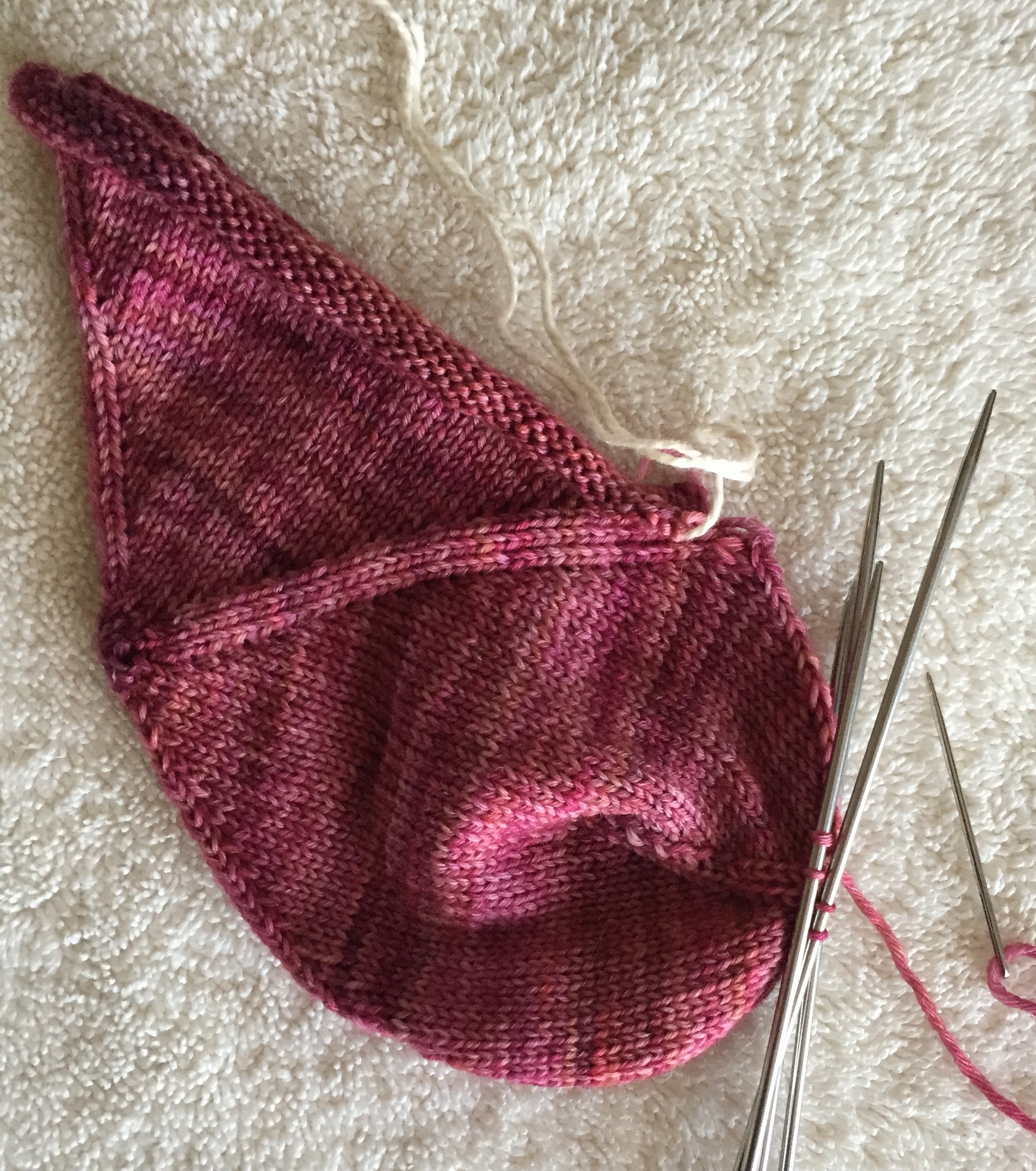 The sock begins with a square to form the ball of the foot. Two quarters of that square are put on a waste-yarn holder while the other two quarters are decreased to form closure at the top of the toe. The decreases are worked in four sections to end with just 2 stitches in each section. These remaining 8 stitches are gathered with yarn threaded on a tapestry needle.

At this point, the sock shape isn’t readily apparent. 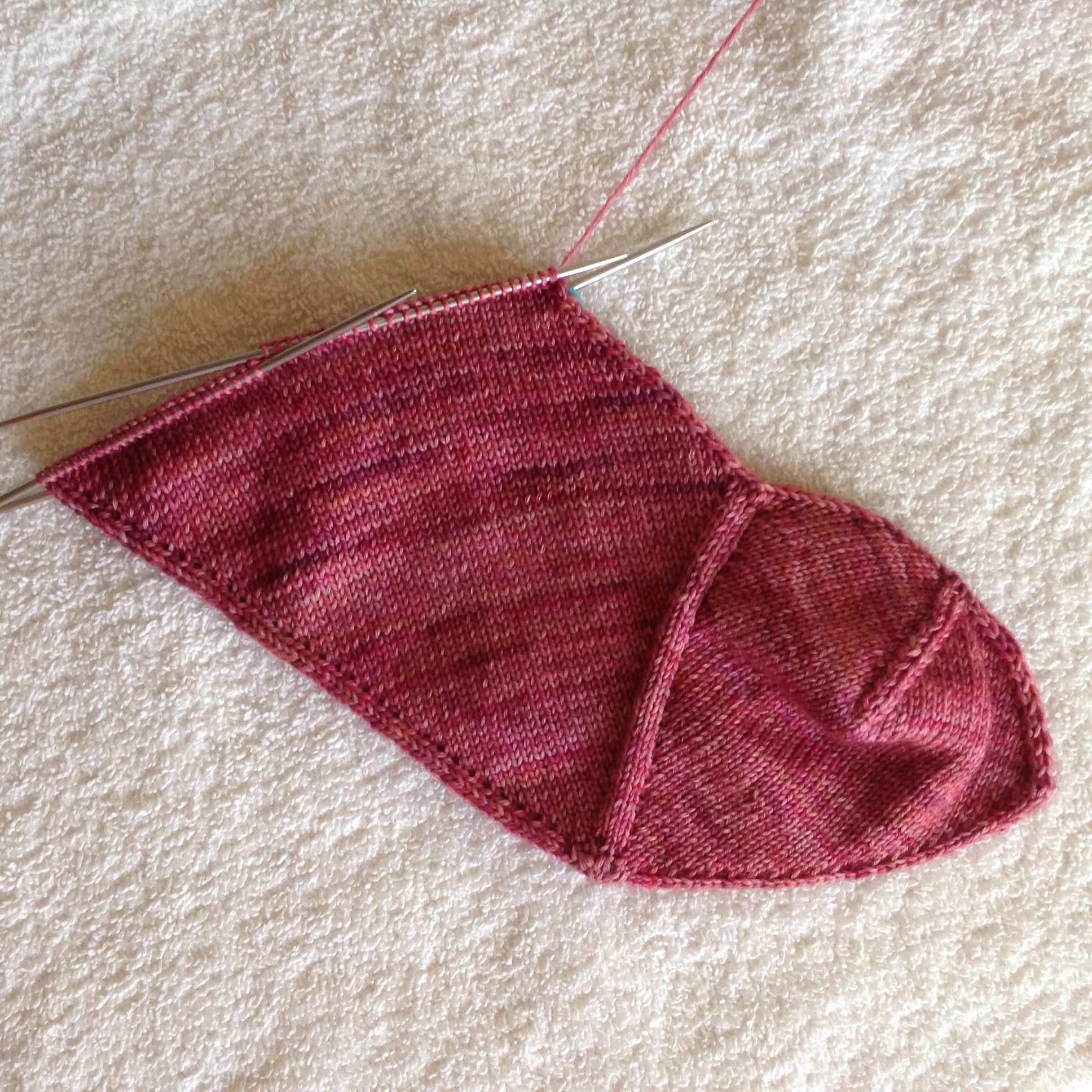 So far, the sock has an odd shape. The cast-on “point” at the ball of the foot looks suspiciously like a heel. I think blocking is going to be a key step in this pattern.