Two of the vendors at my Knit For Fun Retreat in Vancouver, Washington, last September were Blue Moon Fiber Arts and Shibui Knits. I’ve turned into a sucker for knitting skirts and walked away with yarn from both vendors. 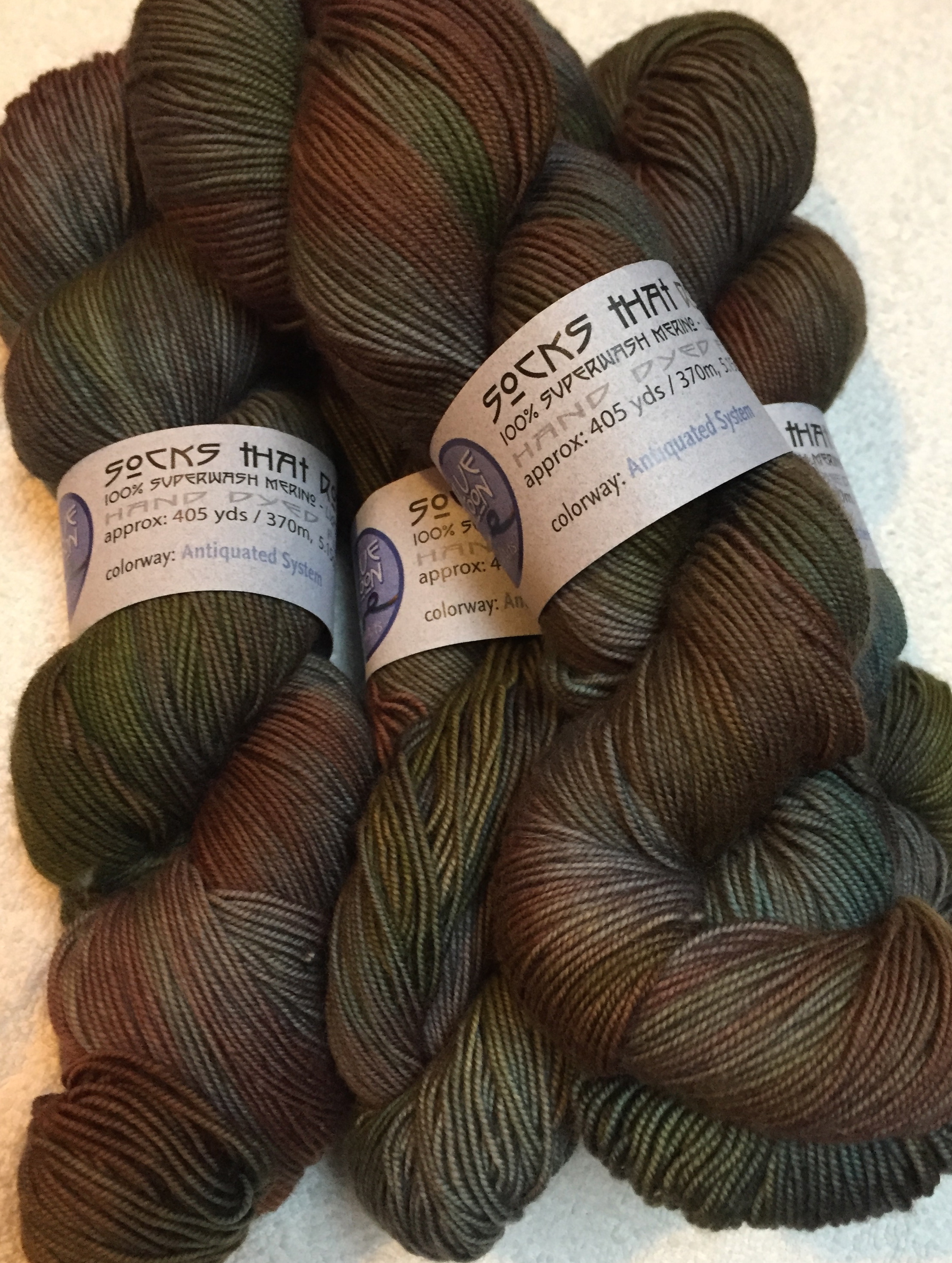 From Blue Moon I chose Socks That Rock (100% superwash merino) in the Antiquated System colorway that’s a subtle combination of greens, blues, and browns. Honestly, it will go with everything I own. How could I resist?

Because this yarn has so much color interest, I decided to knit another version of my Putting On The Pleats skirt. To account to a slightly different gauge (7 stitches/inch instead of 7.5 stitches/inch), I’m following the smallest size. I’m also adjusting for 1.5″ waistband elastic instead of the 2″ elastic called for, starting the “gore” increases after 3.5″ instead of 4.25″, and I plan to make it a little longer, aiming for a finished length of 21″ from the top of the waistband. 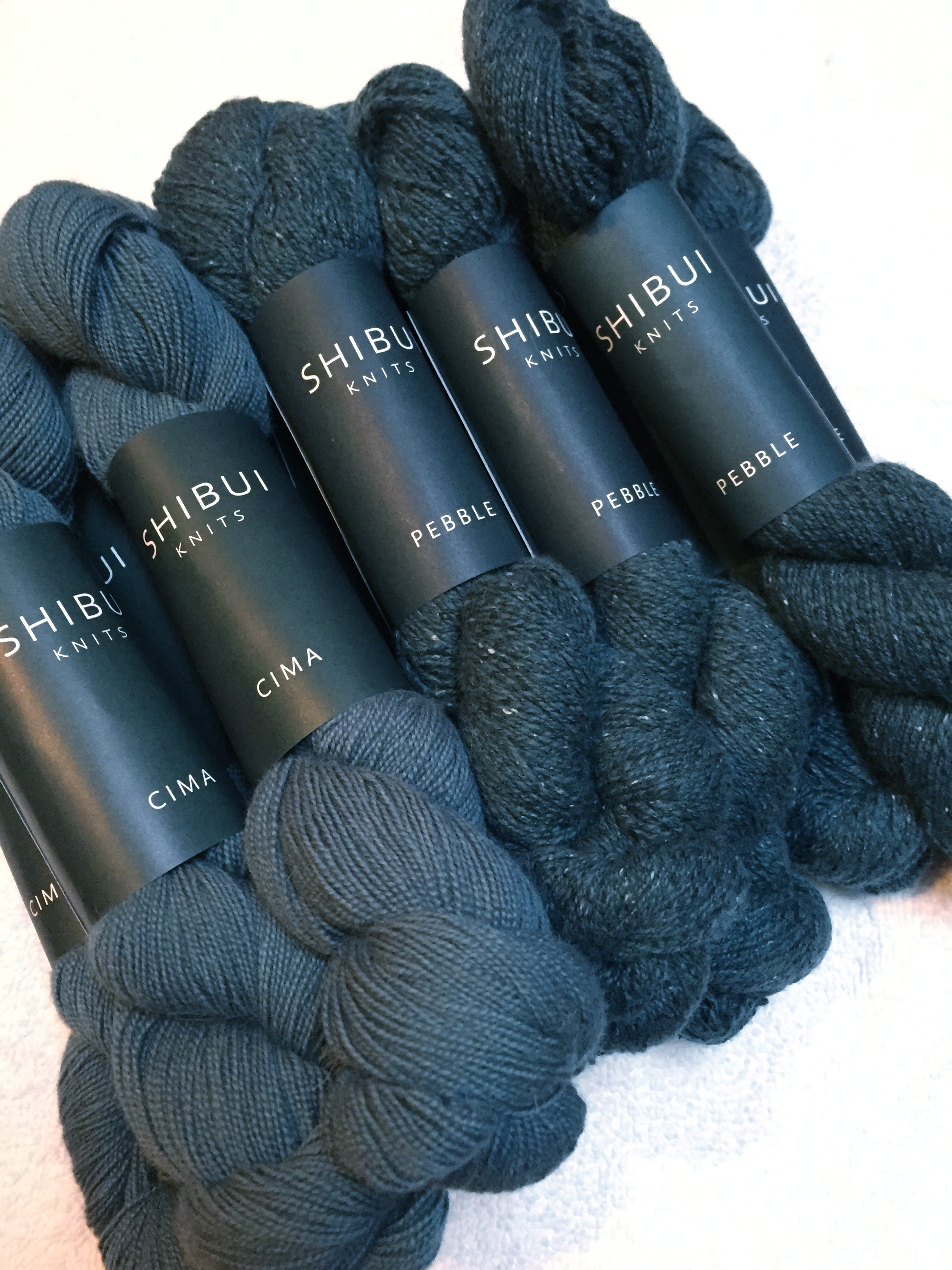 From Shubui Knits I chose to combine one strand each of laceweight Cima (70% alpaca, 30% merino) and Pebble (48% recycled silk, 36% merino, 16% cashmere), both in the most beautiful Fjord colorway, for a luscious velvety fabric.

Because the combination of the two yarns will read as a mostly solid color, I decided to add a simple chevron pattern formed by traveling stitches. For this version, I’m following the basic instructions for my Traveling Pleats skirt. Other than substituting a different stitch pattern, the only adjustment I’m making is to start the “gore” increases after 3.5″ instead of the 4.5″ called for.

It’s out of character for me, but I’ve been working on both skirts simultaneously. I’m in love with both the tweedy colors of the variegated Blue Moon yarn and the velvety feel of the Shibui combo, and I can’t seem to focus on just one. I’ve been trading off knitting on the two fairly regularly and now I’m approaching the home stretch on both. There’s just 2″ left to knit on each! 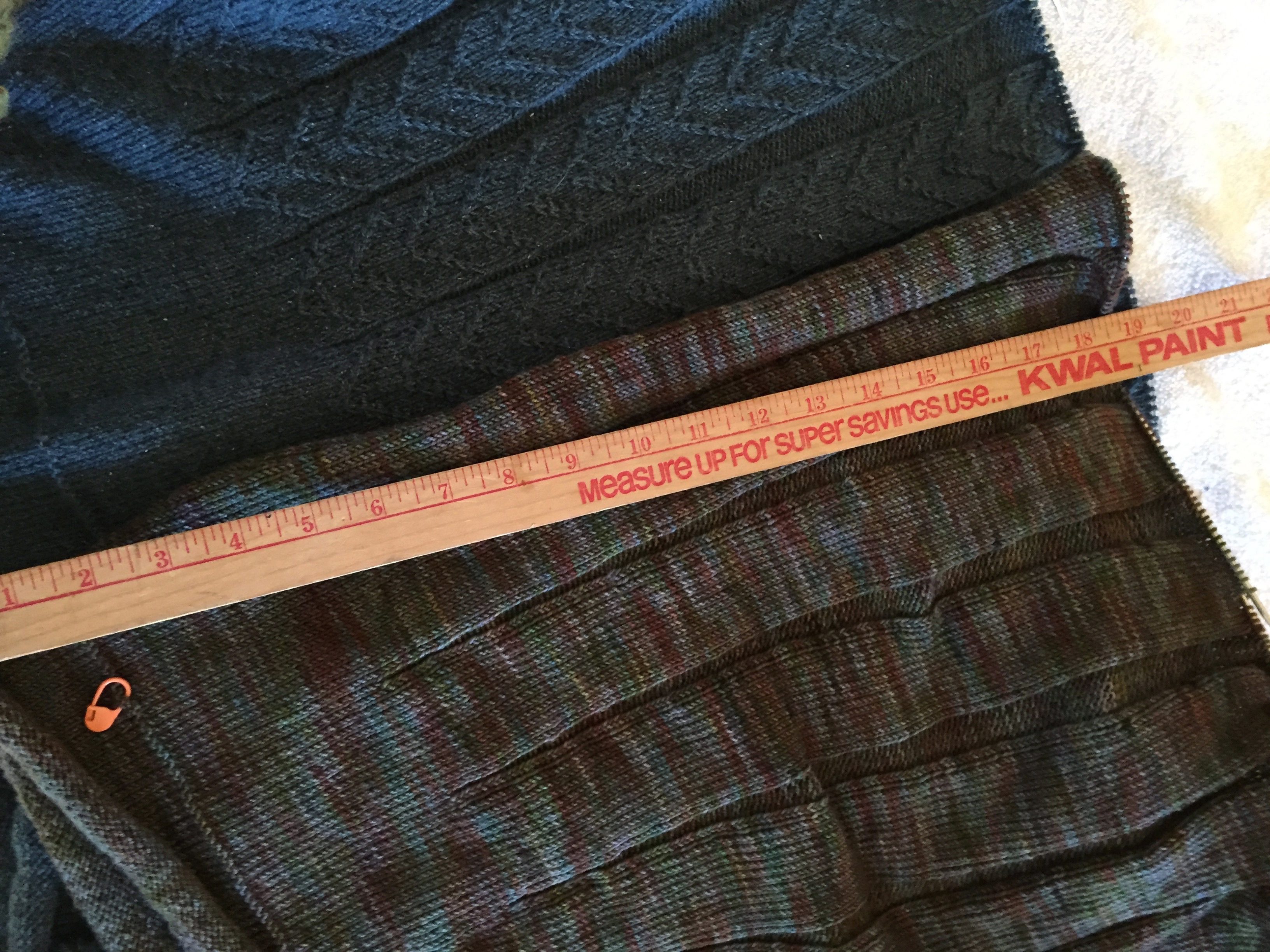 With my busy travel/teaching season approaching, I think I’ll finish both during upcoming flights! But I still can’t say which I’ll finish first…