The second half of the heel on Kathryn Alexander’s Mitered Triangles socks (from New Directions in Sock Knitting), is a simple duplicate of the first half, then the two halves are joined to form a pyramid. 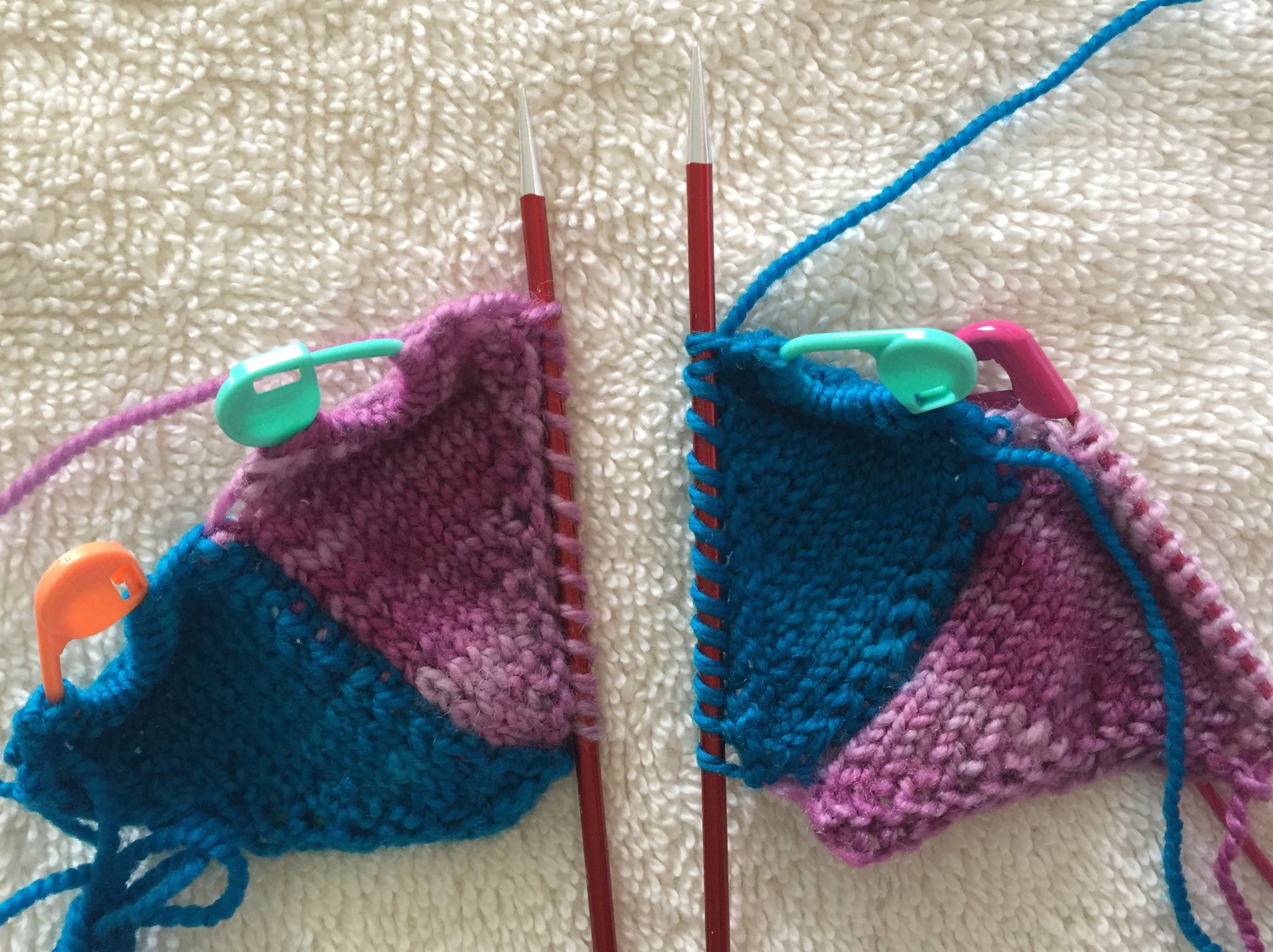 The live stitches of the two triangle pairs are joined using the three-needle bind-off method. To begin, the loops along the base of each triangle’s cast-on edge are lifted onto needles. I lifted 14 loops for each of the two halves because I added two stitches to each of my triangles to compensate for my tighter gauge. The available yarn ends are used for the three-needle bind-off. 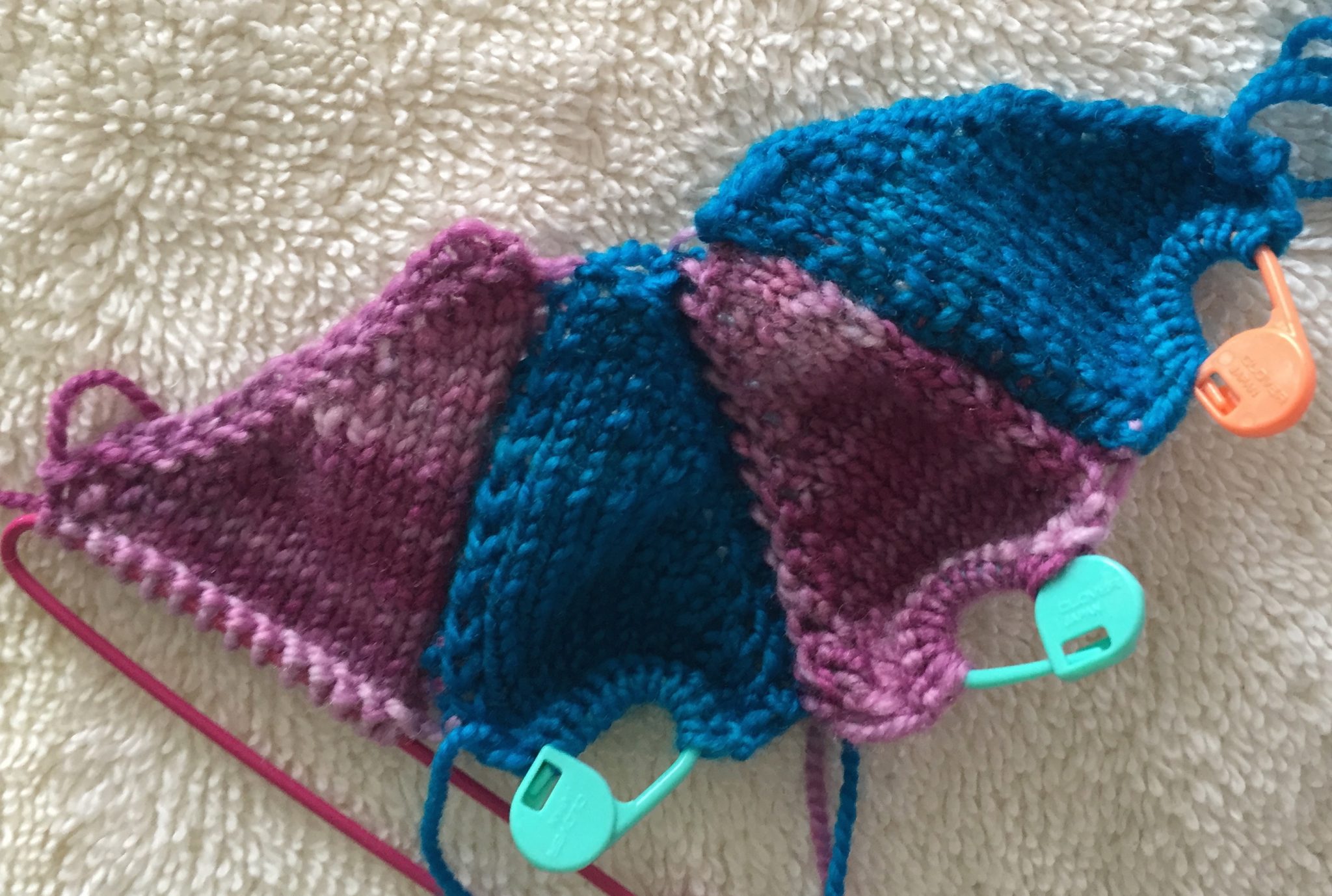 When the two halves are joined, the heel looks like a half circle made up of four wedges of alternating colors.

Loops are again picked up along the cast-on edges of the outer two triangles in preparation to use the three-needle bind-off to join them together and form a clever pyramid.

Two sets of held stitches at the base of the pyramid will be joined to the two sole panels; the remaining two sets will be worked into the the Back Leg Panels. Stay tuned! 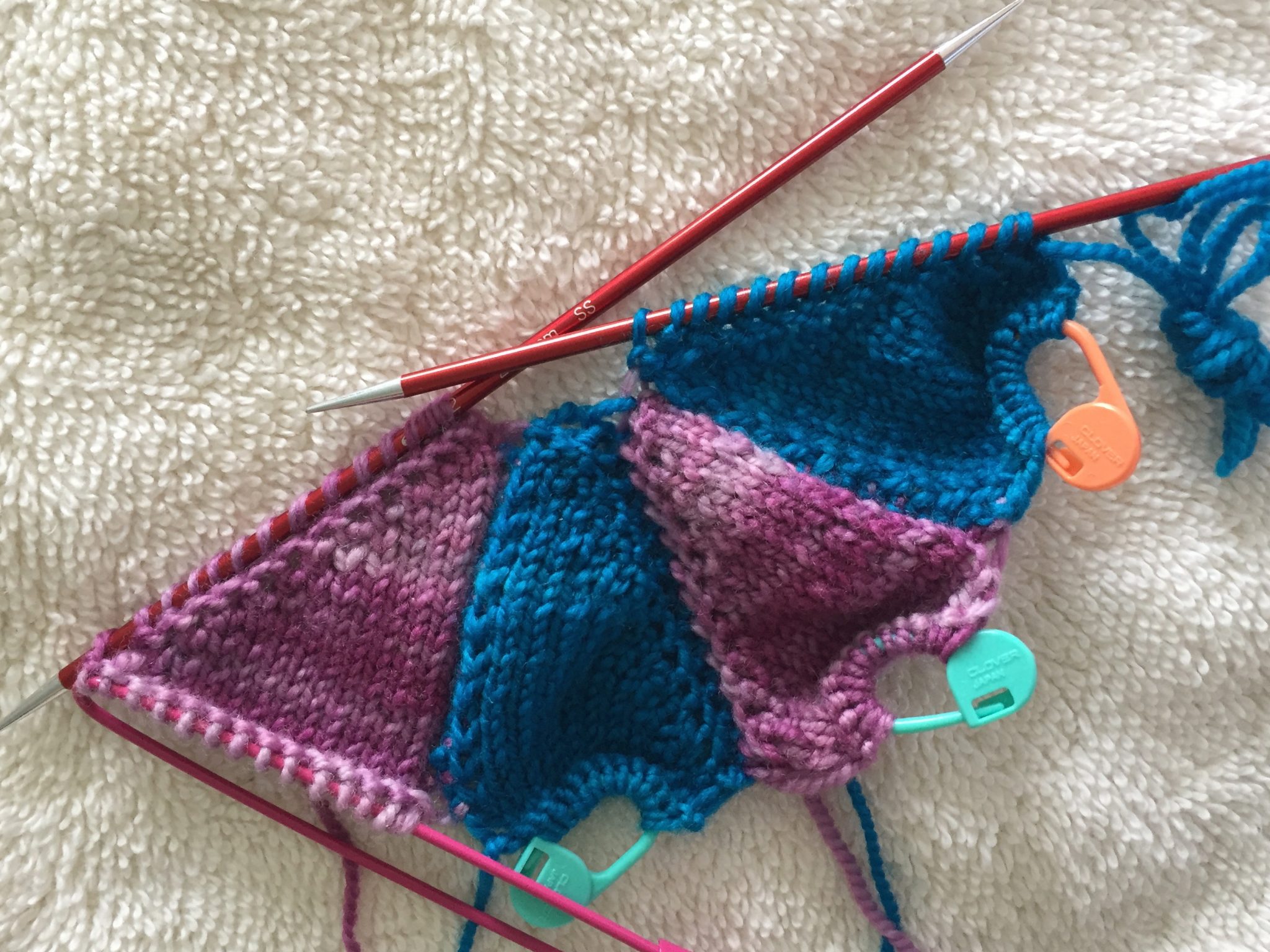 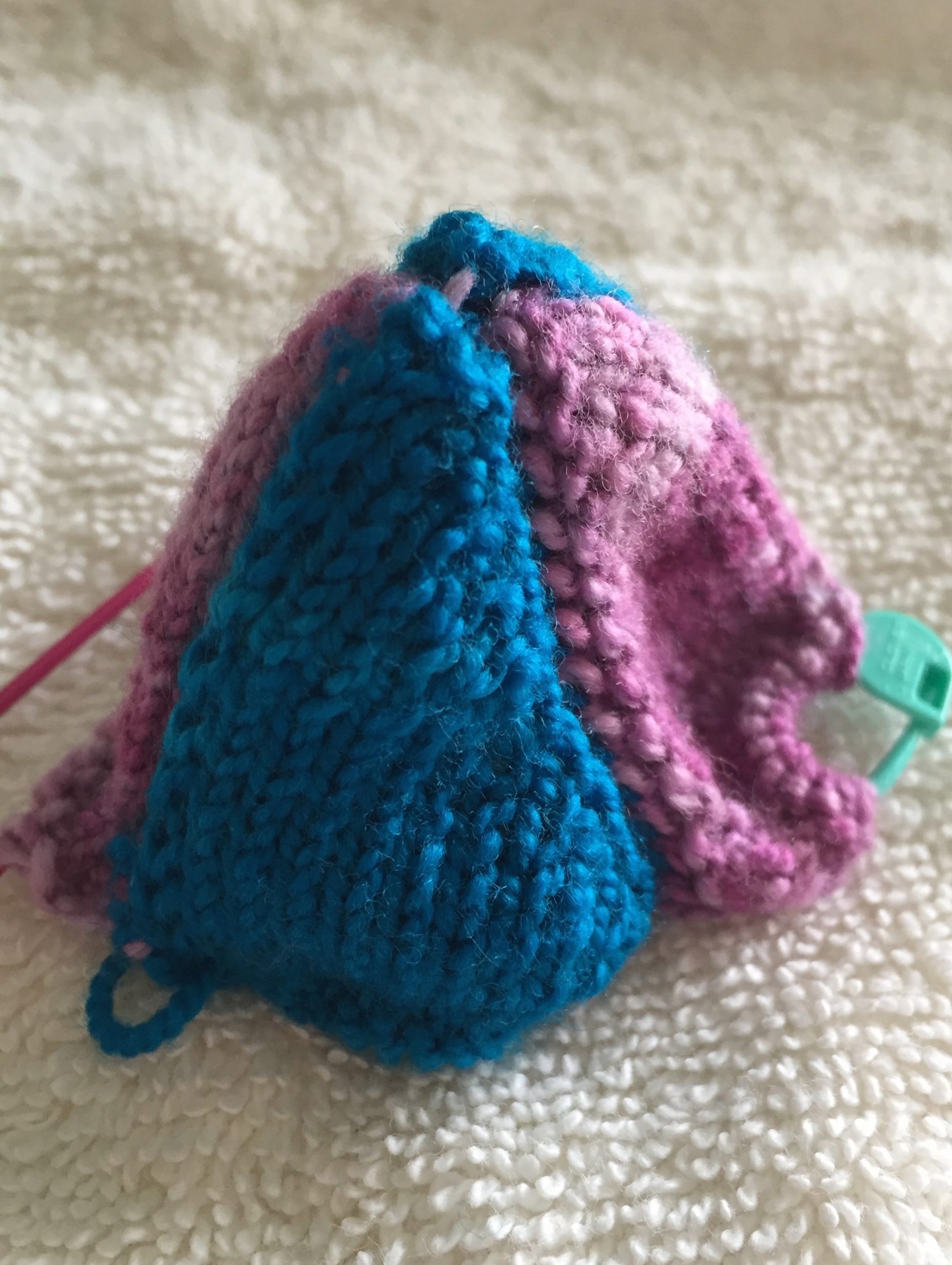