This is probably the most interesting pair of socks I’ve ever knitted!
After the top of the foot and the back of the heel are completed, stitches are picked up around the entire circumference for the sole. This entails picking up a lot of stitches along each side of the instep. I placed markers to help me pick up the necessary stitches evenly. 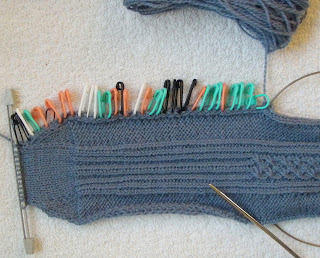 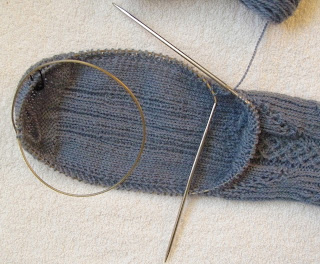 After surprisingly few rounds, some of which involve decreases at the toe and heel, the sole is complete. 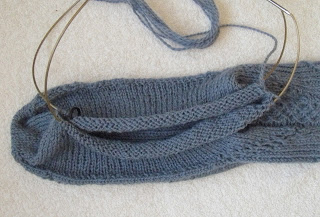 The remaining heel and toe stitches are gathered and the others are joined with Kitchener stitch. I hope you’re not intimidated by this grafting technique. Once you get started it follows a nice rhythm and is much, much easier than it sounds. Not to mention that it’s absolutely necessary for this sock! 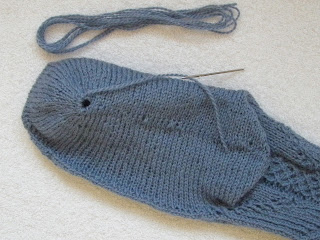 Here’s a list of what I learned and what I did differently from the instructions in Sock Knitting Master Class: