What you’re about to read is a true story, and like a fairy tale, it has a happy ending.

Last September, while on my annual retreat to Taos and Santa Fe with some of my best knitting buddies, I bought some Marianne Isager yarn to make the Sugar jacket from Marianne’s recent book, Classic Knits. In fact, four of us bought the same yarn (but in different colors) to make the same sweater. I bought extra yarn so I could extend the body beyond my thickening mid-section. We called it the Sugar Jacket Challenge. I lovingly placed the yarn in my to-get-to-next basket while I caught up with other work. 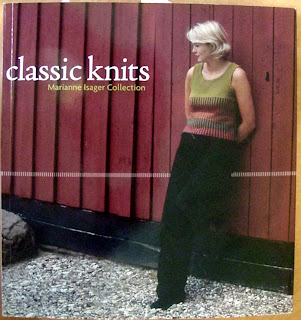 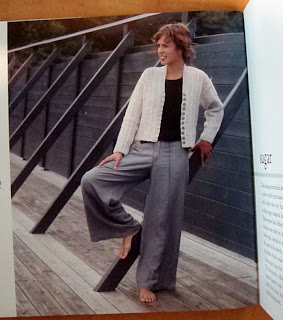 As luck would have it, I got busy and still hadn’t started at the end of October. But as in all fairy tales, fate interfered. In November, I attended Clara Parkes’s Knitter’s Review Retreat in western Massachusetts. One of the requirements was that we each bring a new project to start for ourselves on the last day of the retreat. I resisted the urge to take a pair of socks that were under a deadline and instead, I packed the Isager pattern and yarn in my carry-on bag.

Come Sunday morning, Clara gathered us for some concluding words. Because it was Massachusetts—and therefore because she could—Clara surprised us by conducting a group ceremony to join each of us to our new project in blissful matrimony. We repeated words of commitment and vowed to remain true to our projects to their completion, giving them our dutiful attention and forsaking all other projects (within reason) along the way. Then to seal the union, we cast on our stitches and had “witnesses” (read that anyone else in the room) knit a few stitches of recognition and confirmation.

Despite the hilarity of the situation, I found that this gave the Sugar jacket special significance to me. Not only did I buy the yarn with my closest friends, but I started the project in the most wonderful of environments—a weekend retreat with new-found best friends. I can’t remember everyone who knitted a few stitches on the body of my jacket(I wish I had kept notes), but they included Clara herself, Kathryn Alexander, Melanie Falick, and Anne Hanson.

When I returned home, I continued to give the Sugar jacket as much attention as I could. And I finished just in time to wear it while teaching at Midwest Masters in Neenah, Wisconsin in April. Since then, I’ve worn the sweater most every cool day (and there have been a lot of them this spring). I don’t know when I’ve been so pleased with a garment. If fact, I expect we’ll be happy together for a very long time (though now that I see a photo of it on me, I suspect the sweater will start looking for a more flattering partner). 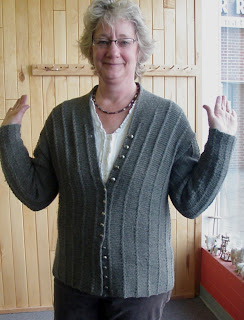 9 thoughts on “Happy Ever After”