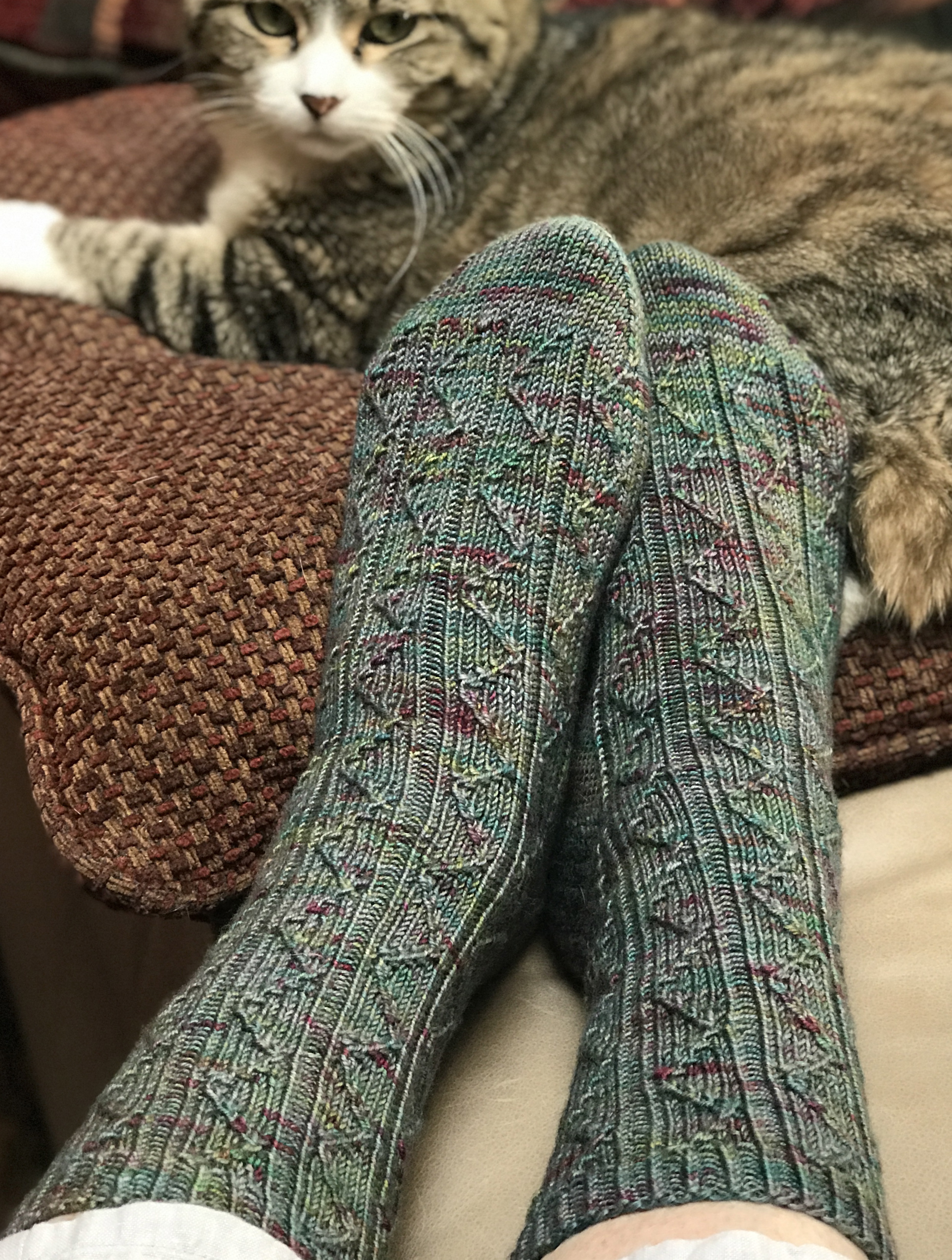 I’m happy to announce that I’ve uploaded a new pattern on Ravelry.

I designed Longest Day Socks while knitting from sunup to sundown as a fundraiser for Alzheimer’s awareness and research. During the 16 hours of sunlight, I completed one and half socks and raised more than $2,000.

I admit that I took a a little break from knitting and didn’t finish the second sock until a few days after the event.

These socks are worked from the top down in columns of traveling stitches that resemble vertical lines of lightening bolts, Harry Potter fashion.

The socks begin with a Twisted German cast-on, followed by a few rounds of twisted rib. The remainder of the leg and the instep are worked in the embossed lightening bolt pattern for an interesting, but not-too-complicated knit. A traditional round heel (composed of a heel flap and gusset) provides a comfortable fit. The tip of the toe is closed with Kitchener stitch.

Use the coupon code CURE ALZHEIMER’S to receive 20% off the purchase price of Longest Day Socks between now and midnight September 15.