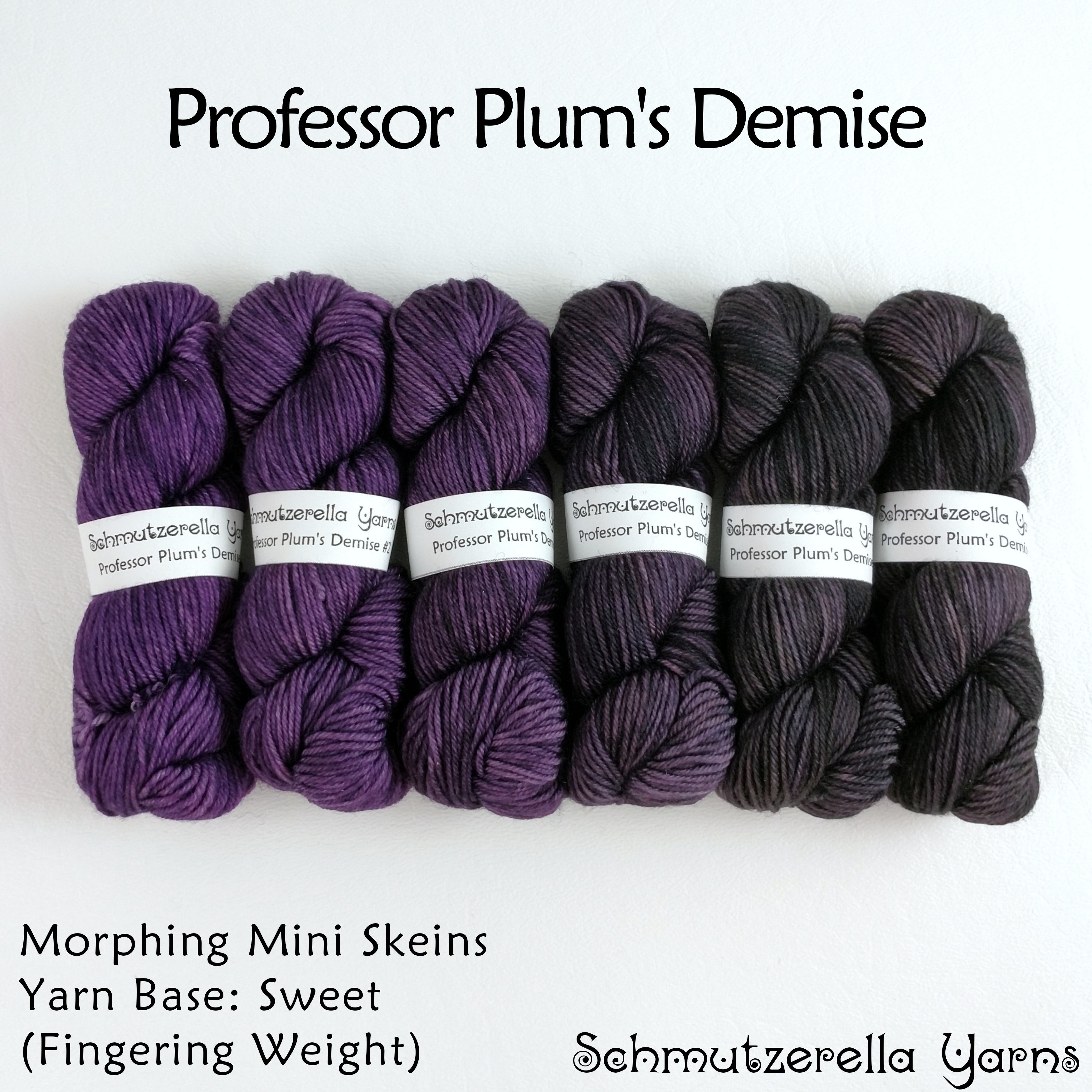 When I was teaching at a retreat hosted by The Bazaar Girls yarn shop in Port Townsend, Washington, this past March, I purchased a gradient kit from Schmutzerella Yarns. Talented owner and dyer Nancy Torrence has managed to dye gradients that circumvent the entire color wheel. A bit of a self-proclaimed geek, Nancy also has colors and gradients based on characters in Harry Potter and the board game Clue.

I was so enamored wi 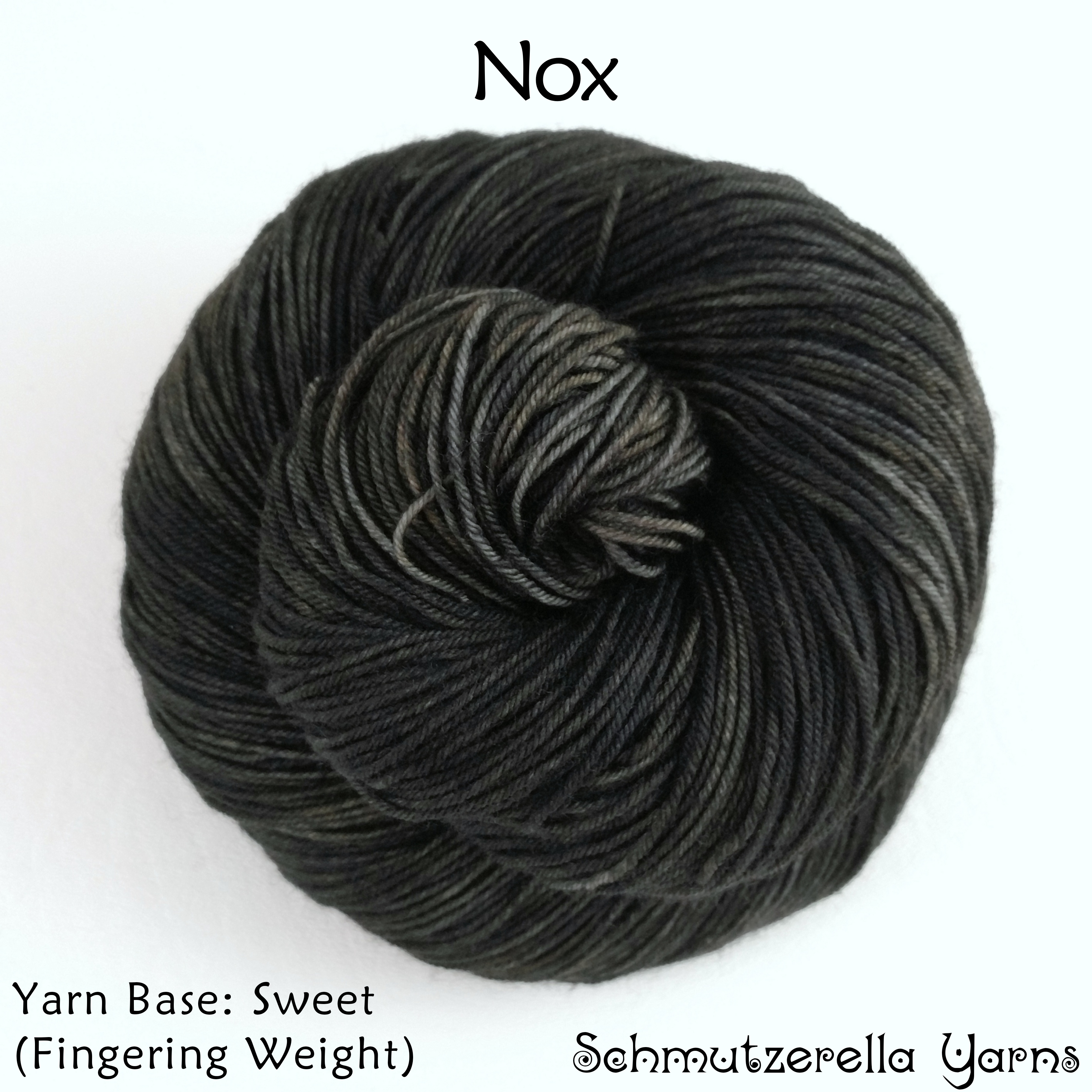 To ensure that I’d have enough yarn, I purchased two packs of the gradients (184 yards total of each shade) plus a 100-gram skein of basic black (colorway Nox) for the waistband and upper portion of the skirt.

The result is a beautiful skirt with a subtle gradation from darkest at the waist to lightest at the hem. To ensure that the “pleats” stretched out fully, I used blocking wires to stretch the width aggressively when I wet-blocked the finished skirt. 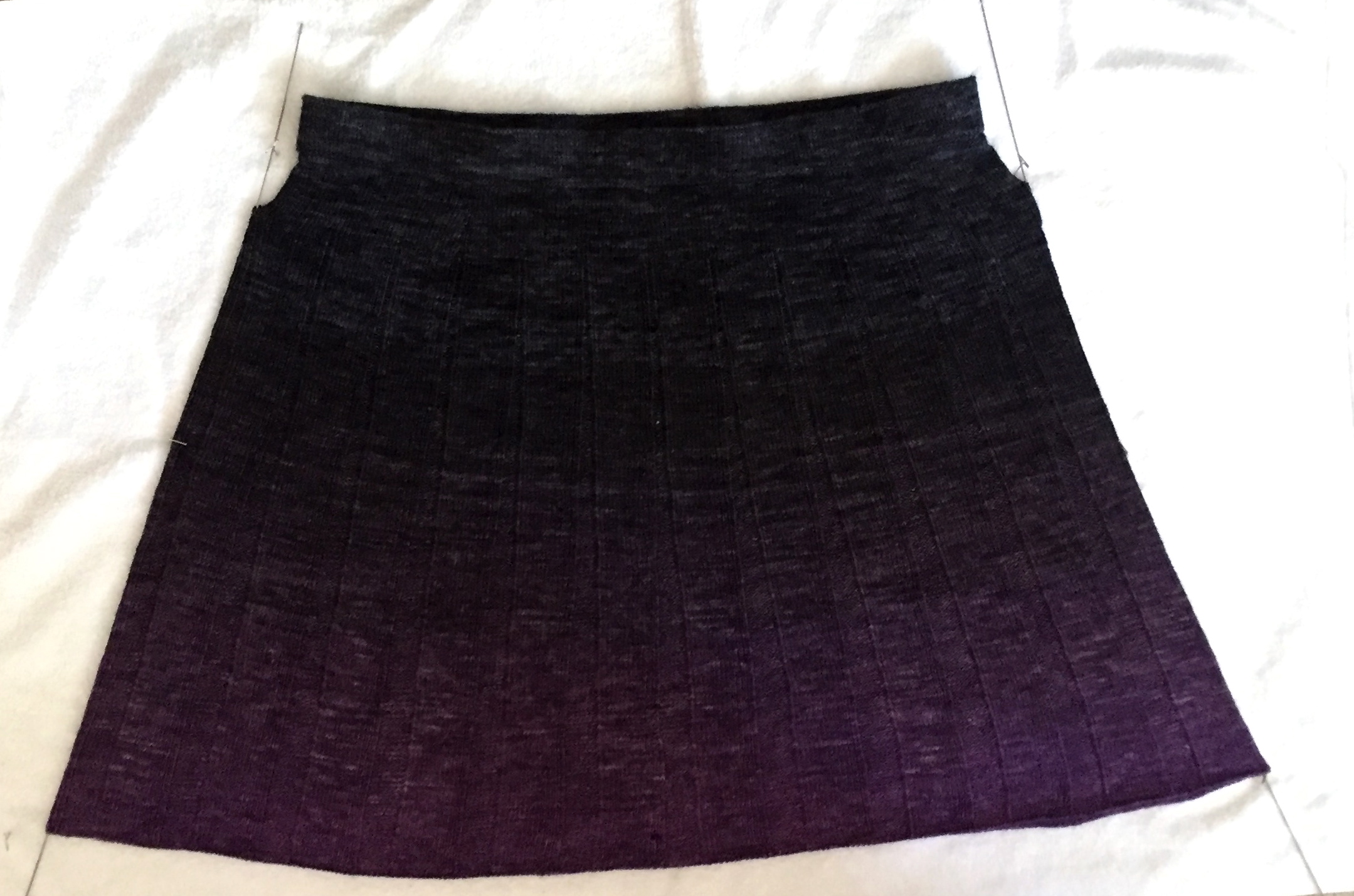 2 thoughts on “Profile of a Gradient Skirt”