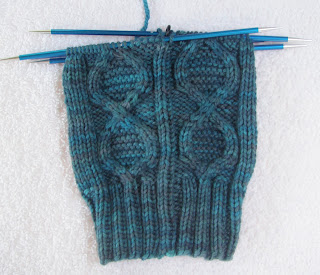 I have made a few changes and came up with a few tips so far that might help you if you decide to knit these socks for yourself (and I heartily encourage you to do so).